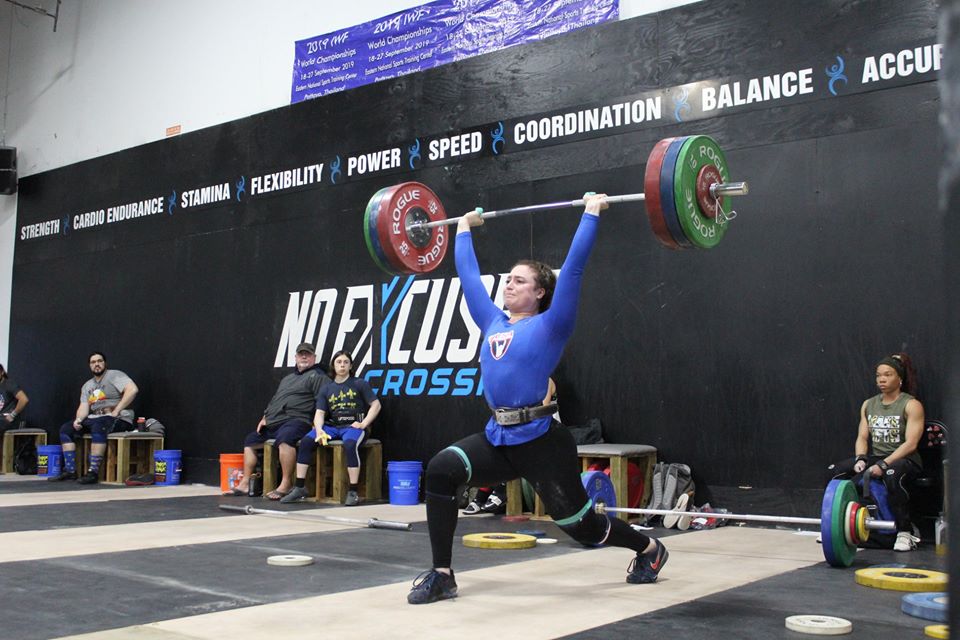 No Excuses CrossFit hosted USA Weightlifting’s Elite Athlete Training Camp last week. I got to spend a lot of time with the athletes and coaches during the four-day camp. Here’s some of my observations.

1. They do the same drills we do

The weightlifters didn’t really do anything I haven’t seen us do in CrossFit classes over the years. They back squat and front squat just like we do. They snatch and clean from different positions. Granted they do it from blocks and we do it by holding the weight off the ground. It was all reassuring to know we are training properly in the snatch and clean and jerk.

You won’t see them do sets of 3, 5, or 10 reps. It’s usually only one or two reps. The difference is when they do those one or two reps they are highly focused on them. They do 1-2 reps, watch the video of the reps, and then visualize their next reps during a five-minute rest period.

3. They rarely miss a lift

During the four days, I didn’t see many failed attempts. Sure it happened, but it was few and far between. I think a big part of that is because they are not throwing around 90-95% of their max on the bar all the time. We as CrossFitters tend to do that thinking that’s the only way we will get better or stronger. It was a nice reminder to keep the weight light to moderate. Work on the fundamentals and focus on not missing a lift.

4. Still want to be coached

These are some of the best weightlifters in the world and they still want to be coached. The USA Weightlifting coaches aren’t doing anything to change a lifters mechanics, but they are still giving cues and drills to the lifters, and they are listening to them. On Day 2, Sarah Robles was struggling to shrug her shoulders, so Pyrros Dimas did a drill with her to help. We all need to be coached, whether we are new to a sport at the pinnacle of it.

I thought it was interesting that the nation’s No. 1 ranked weightlifter CJ Cummings walked in with just a belt and a pair of lifting shoes in his hands. He didn’t come in with a bag full of gear. As CrossFitters, we think we need every piece of gear — shoes, knee sleeves, wrist wraps, head bands, and so on. He also did his first two workouts in under an hour. It was a nice reminder that you don’t need a bunch of gear and you don’t have to spend hours in the gym.