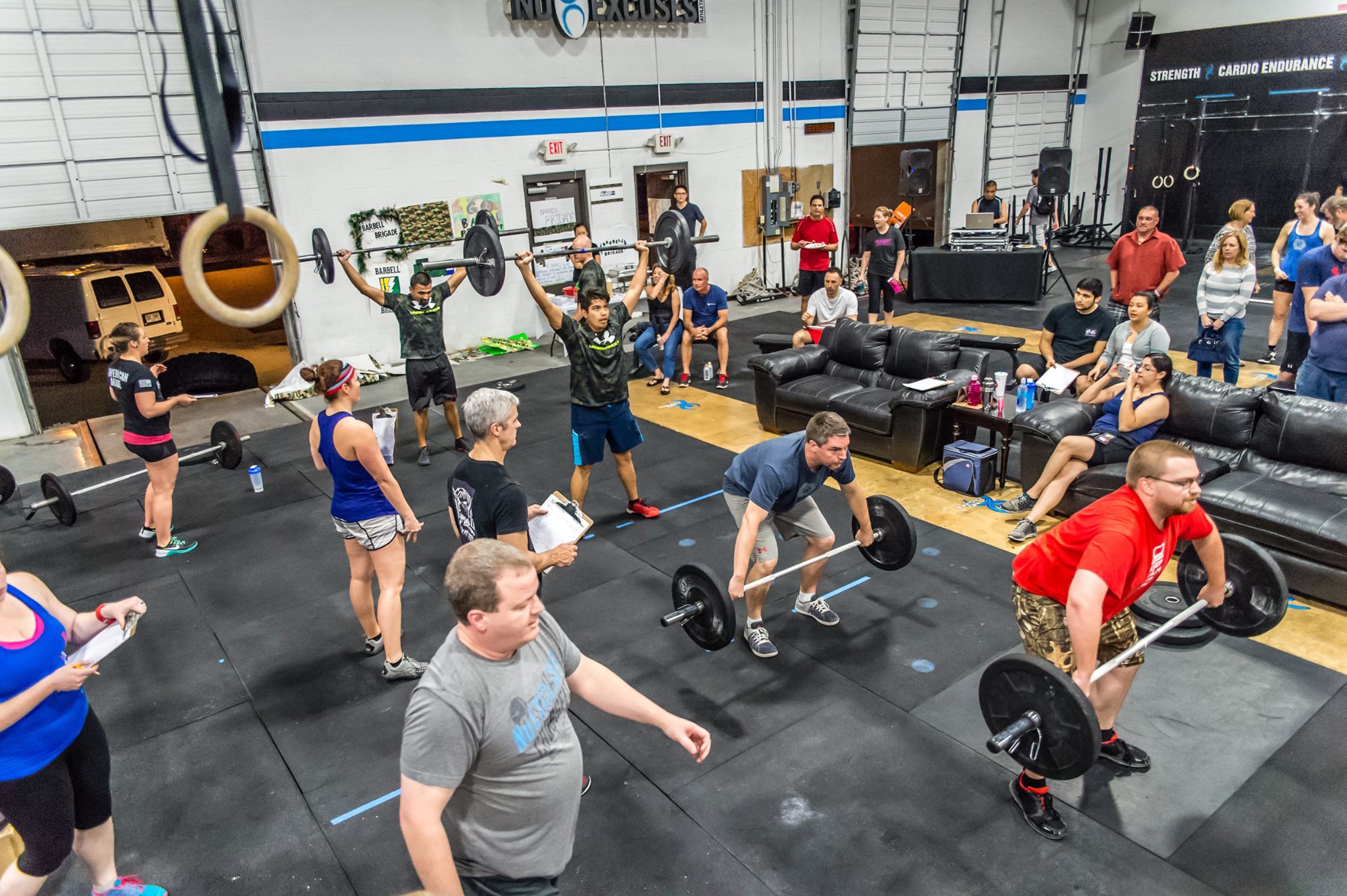 The following are the top moments from Friday Night Throwdown and the CrossFit Open.

The walls of No Excuses CrossFit looked more like the hallways of a high school during homecoming week than a workout gym. Nearly every inch of the walls were covered in posters for each team. Some teams had personalized posters, others had funny memes and some just professed how great their team was at CrossFit.

16.3 brought a lot of firsts, but none was as more exciting that Dennis Scales’ first bar muscle up. When he reached the top of the bar, his eyes bulged with excitement. Then the best part was watching him hang out at the top of the bar for a good 30 seconds to soak in the moment.

Fried chicken, BBQ, Asian chicken, tacos. For some people Friday Night Throwdown will be remembered for the excellent cuisine prepared each week by Fu-Mao Sun.

What’s cool about the Open is seeing people doing things they had never done before, whether it’s lifting heavy weight or doing a gymnastics movement for the first time. For five weeks we saw a lot of personal records. Abi Glisson and Michelle Lomax hit clean PRs during 16.2. We had 13 people get their first bar muscle up in 16.3 and 15 people improved on 16.5, which was a repeat of 14.5.

When the clocked stopped

This wasn’t a highlight of Friday Night Throwdown, but it was certainly memorable for several people. In the second to last heat of the night during 16.4, the power breaker tripped and the clock went out about halfway through the WOD. We learned a valuable lesson — always have a second clock. Luckily everyone in that heat was understanding and was able to re-do the WOD on Sunday or Monday.

In CrossFit, it’s not the first person done that receives the largest cheers from the fans, but the last person. That was evident week after week during the Open. 16.2 saw Stacey Odom yelling her head off for everyone to get to the next round. That was also the week everyone crowded around JT Odom and Deb Walston as they were the only ones to reach the third bar in the Rx division. The cheering sections continued up until the final week. Most notably when Eli Bousarkis had a group of more than 10 people around him cheering him until the last rep was complete.

The Open required us to give it our all, for some of us that meant taking a physical beating. Like Ken Lundin’s arm and leg. His arm was bruised from so many bar muscle ups and his leg was gashed from a barbell running into it two weeks later. 16.4 had people feeling woozy afterwards and going to the bathroom to throw up, while 16.5 pushed some people like Michelle Stovall to complete exertion.

One of the cool things about participating in the Friday Night Throwdown was being able to give back to our community. We collected 1,321.54 pounds (more than half a ton) of food that was donated to the North Gwinnett Co-Op. This will go a long way in providing assistance for families in the Suwanee, Buford and Sugar Hill area.

What was your favorite moment(s) from Friday Night Throwdown?

One comment on “Top moments of Friday Night Throwdown”