2020 was a great year for No Excuses CrossFit. Check out all we accomplished this year.

January: We kicked off the new year with our annual visit from Mute Sports Equipment. Mute is a jump rope company that makes customized jump ropes. They also led our members through a jump rope clinic to improve their single unders and to learn double unders.

February: We celebrated Valentine’s Day by welcoming our members and their loved ones to participate in our ‘Be My Valentine’ partner WOD! We did a 20min AMRAP of rowing, squats, sit-ups & burpees! 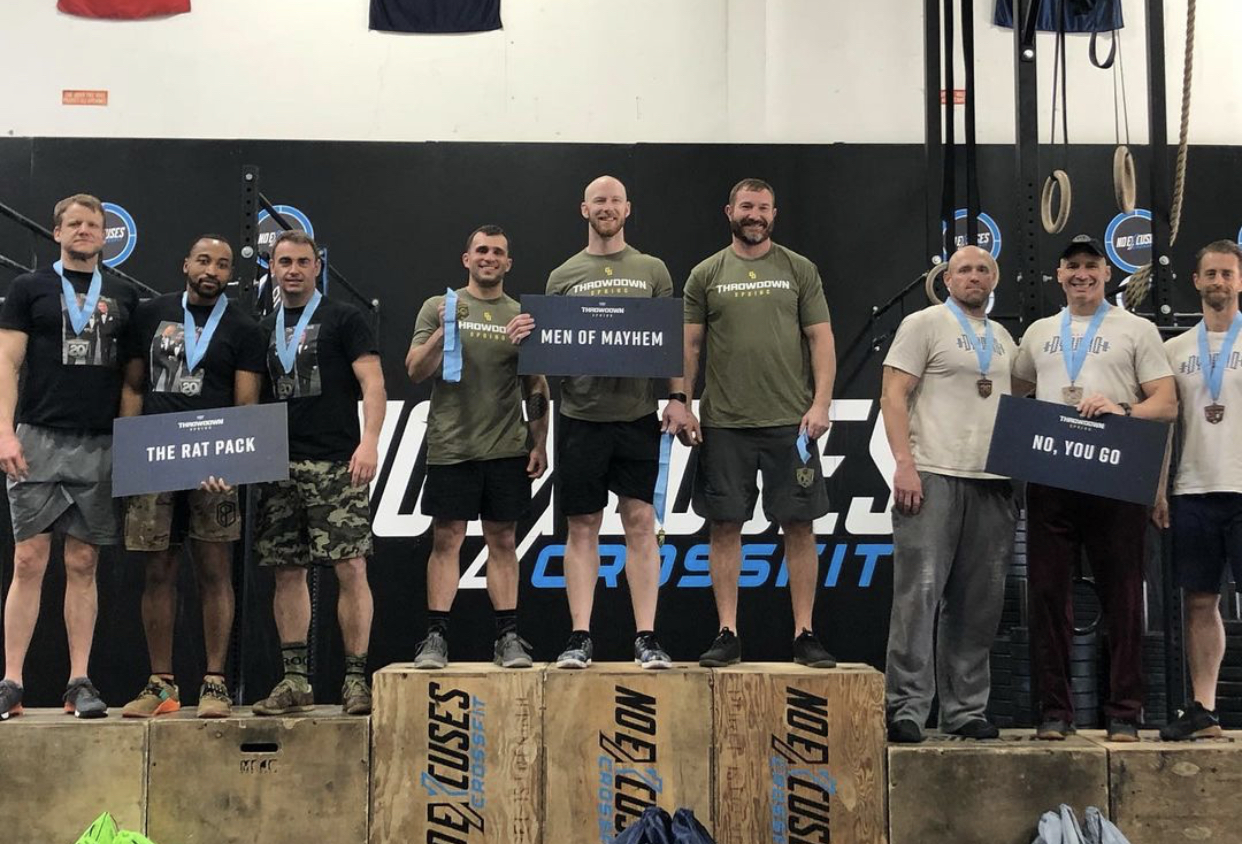 March: We held our first competition of the year for Granite Games Throwdown, which allowed people to pick their best lifting buddies in teams of 3 and compete as a same-gender team.

April: The gym was shut down for a few weeks, but that didn’t stop us from staying active! Our members were able to get online personalized workouts based on the equipment they had in their homes, and if they didn’t have any, they could borrow some of the equipment from the gym! 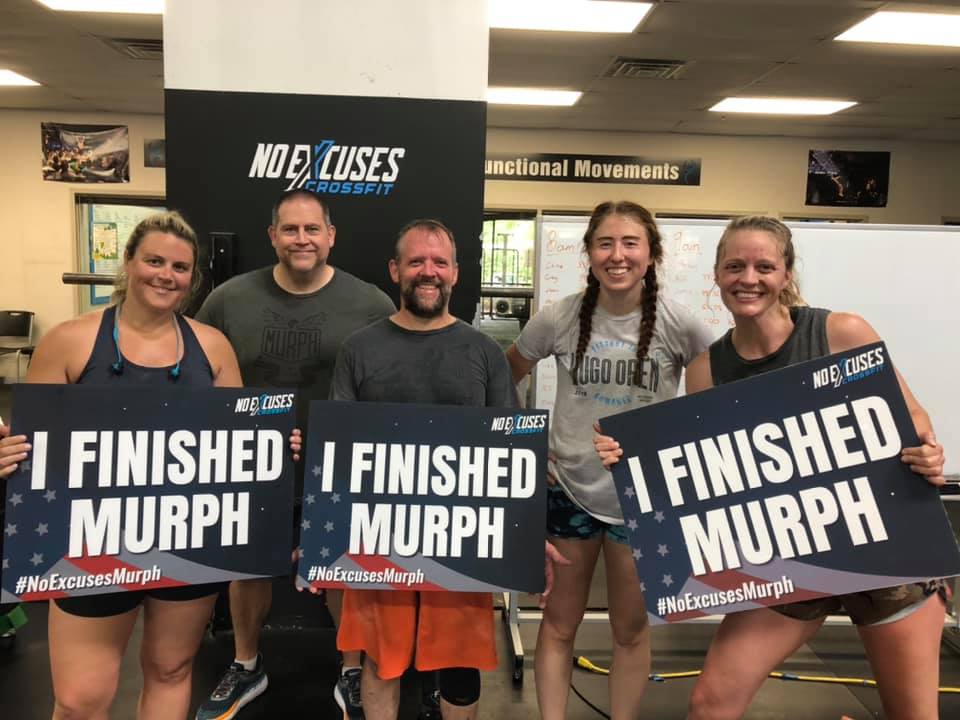 May: We took on Memorial Day Murph in honor of Lt. Michael Murphy and all of our fallen heroes that have sacrificed for our freedom.

June: We had our first Benchmark Week with the new programming cycle this month. All of our members did very well for their first Benchmark back! We also did a cookout where we had a fun-filled family evening of food, fellowship, bouncy houses, and games! 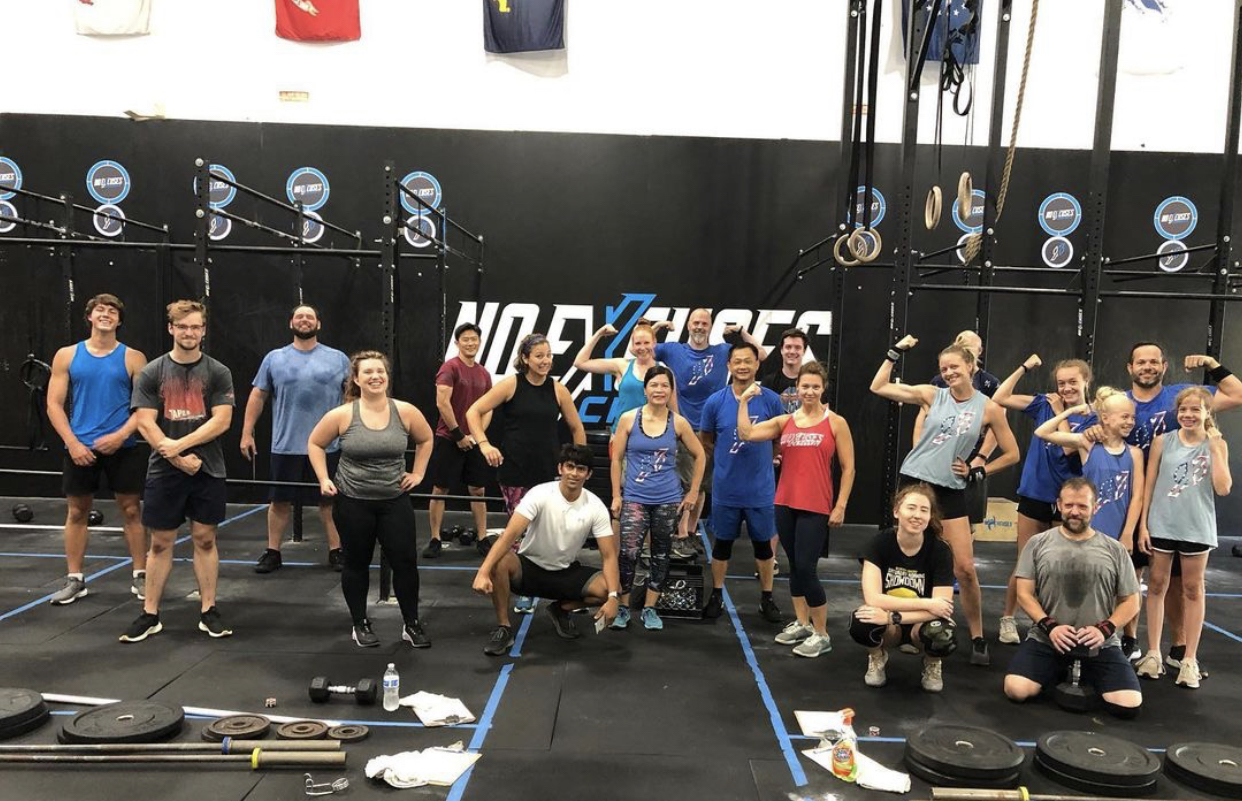 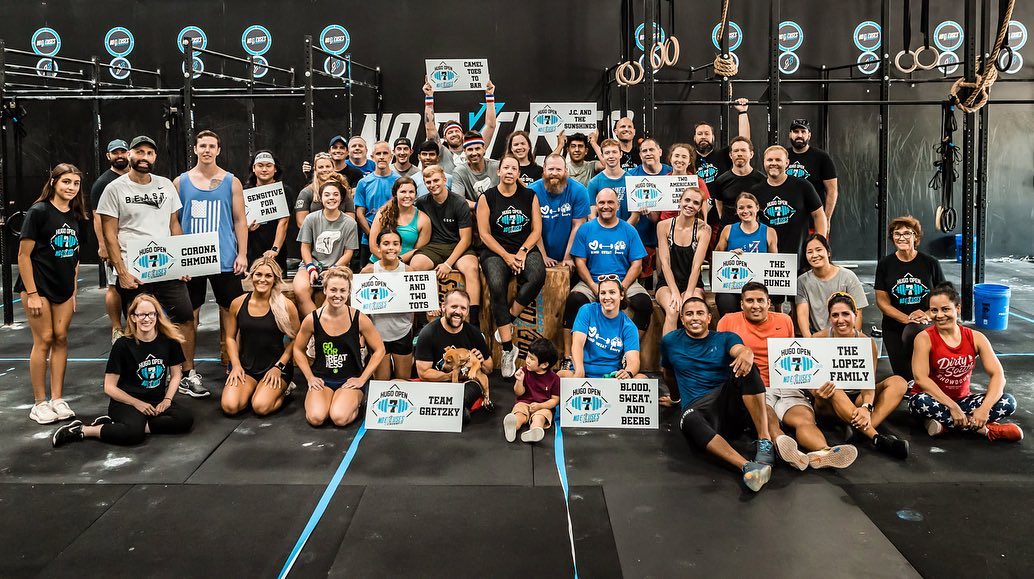 September: We started using some new benchmarks in June that we were excited to test again this month! Tons of new Benchmarks and Personal Records were achieved this go-round!

October: Coach Dillon led a deadlift clinic where our members got to learn the proper setup and technique of the deadlift and find out how each person’s deadlift stance is different based on their body mechanics. 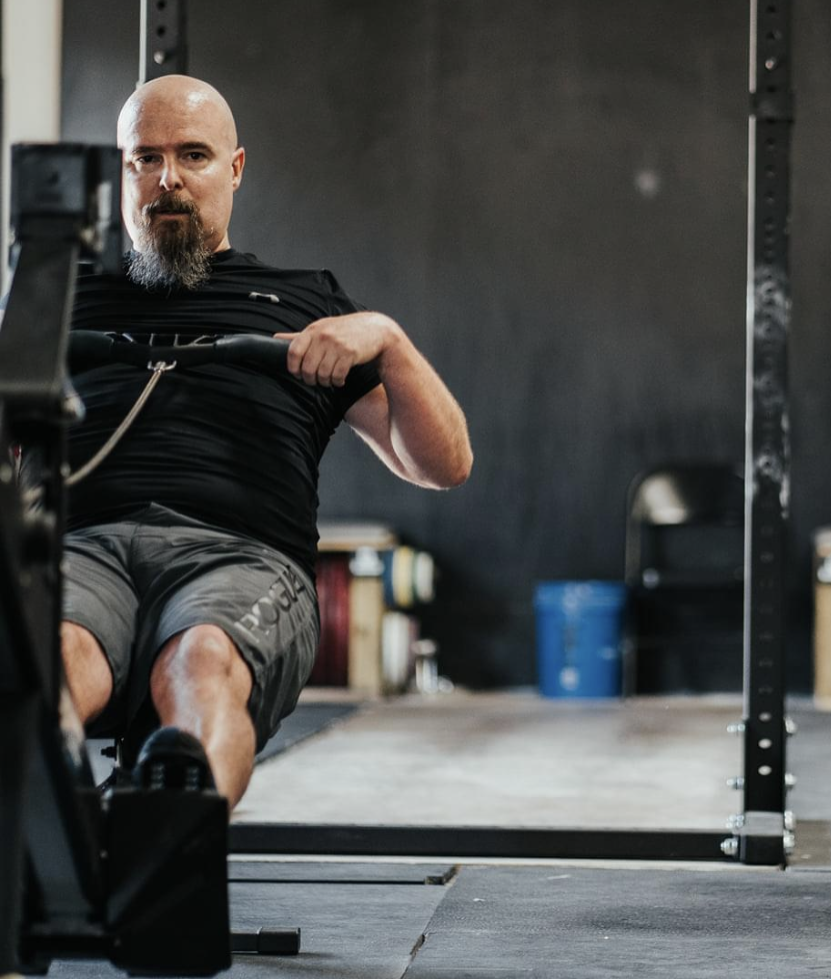 November: No Excuses CrossFit was excited to be a satellite host for the third annual Noble Clay 2K Row that was held on November 14th. Noble Clay is a non-profit 501(c)(3) gym in Atlanta that works with underprivileged people. They provide people with exceptional coaching and training to help them combat chronic illness.

December: We ended the year by celebrating 12 years as a CrossFit Affiliate with our annual Birthday Bash! This year, we celebrated in a week-long event where our members were able to participate in spirit, giveaways, donations, games, & themed WODs. At the end of our week-long celebration, we did a raffle with those who participated daily and gave away a $75 gift card to Betos Tacos, which was won by Jay Byrd. The gym’s anniversary has always coincided with helping our community, specifically the North Gwinnett Co-Op. This year, with the items donated, we were able to give nearly 200 pounds of items to the North Gwinnett Co-Op!

53 – Percentage of males that train at No Excuses CrossFit

47 – Percentage of females that train at No Excuses CrossFit

11 – Number of couples that train at No Excuses CrossFit

12 – Number of years No Excuses CrossFit has been an affiliate, the longest in Gwinnett County.

11 – Number of years Greg Hayes and Leslie Brigman have been members of No Excuses CrossFit.

8 – Number of years Jeremy Edmondson, Kim Guthrie have been members at No Excuses CrossFit.

7 – Number of couples that have met their spouse at No Excuses CrossFit.

6 – Number of years Jenny Fancher has been a member at No Excuses CrossFit.