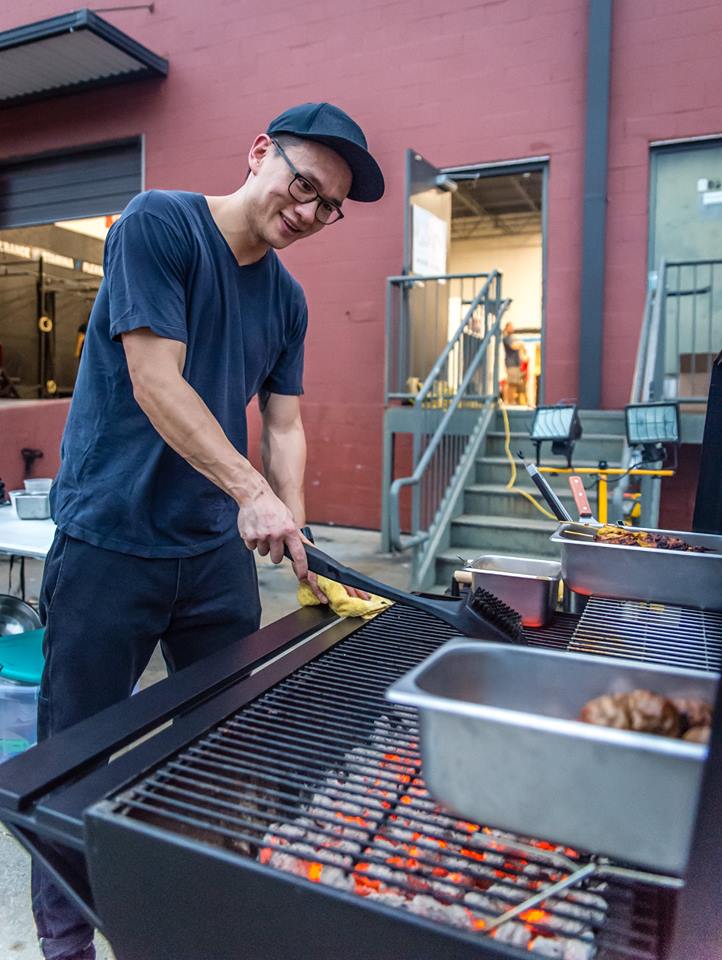 Fu-Mao helped take Friday Night Thowdown to another level with his amazing cooking skills each week. Fu-Mao generously donated his time and effort to prepare and cook awesome meals for Friday Night Throwdown athletes and spectators. From taco night to fried chicken or barbecue, Fu-Mao had our mouth’s watering for his food.

As a result, Fu-Mao was unable to participate in the first four weeks of Friday Night Throwdown as he was busy preparing, cooking and serving food.

“From a mom of four that does a lot of cooking, it was such a treat to have awesome food prepared for me each week,” No Excuses CrossFit member Kim Roberts said. “Thank you for serving us and giving up your opportunity to participate in the Friday Night Throwdown. It was the highlight of the open this year.”

Fu-Mao’s selflessness is really what CrossFit and the community is all about.

Thank you Fu-Mao! We are very appreciative of you!