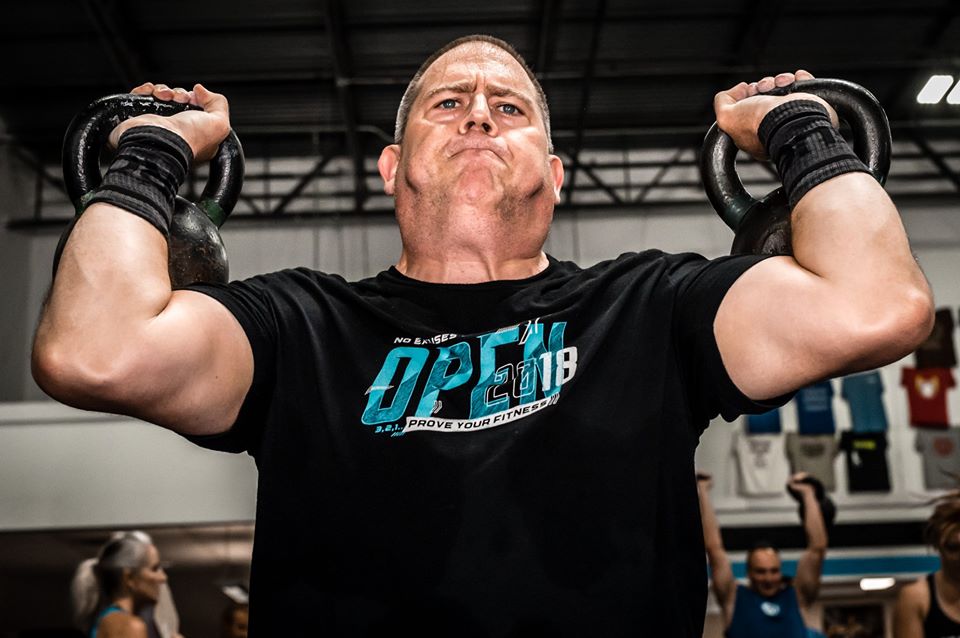 No Excuses CrossFit member Mike Jones has the opportunity to make history at the Hugo Open on Saturday.

Jones is a two-time defending Hugo champion. A win on Saturday would make him the first three-time champion in the seven-year history of the Hugo Open.

However, Jones realizes the daunting task of a three-peat and is skeptical about defending the title.

“I’m not counting on it,” Jones said about repeating. “I think there is a stronger team or two. But I’m gonna do my best though.”

No Excuses will open at 6:30 am on Saturday, registration begins at 6:45 and ends at 7:30 am. The first workout will begin at 8 am and the competition is scheduled to end at 1 pm with the awards ceremony.

Jones is tied with Brandon Brigman, JT Odom, Chris Fischer, Dennis Scales and Tara Fischer for the most first-place finishes at the Hugo Open. If he can reach the podium again, he will join Chris Fischer, Tara Fischer, JT Odom and Adam Perillo as the only other three-time podium finishers.

Other athletes looking to make a mark on the Hugo record book are Abram Duke and Scot Poore. Duke was a third-place finisher last year and a champion in 2018. Poore was on the podium in back-to-back-years in 2014-15, but has not made a return since then.

This year’s Hugo will also have several family storylines. The Lopez’s (Mauricio, Miriam, and Erick) are the first-ever Hugo team from the same household.

We also have three parent and child facing each other on different teams with Abram and Aiden Duke, Bond and Leo Nguyen, and Gus and Sofia Cortes

The Hugo Open is No Excuses CrossFit’s annual in-house competition. This event is open to friends and family members to come watch, but we ask them to respect social distance guidelines or wear a mask if possible.