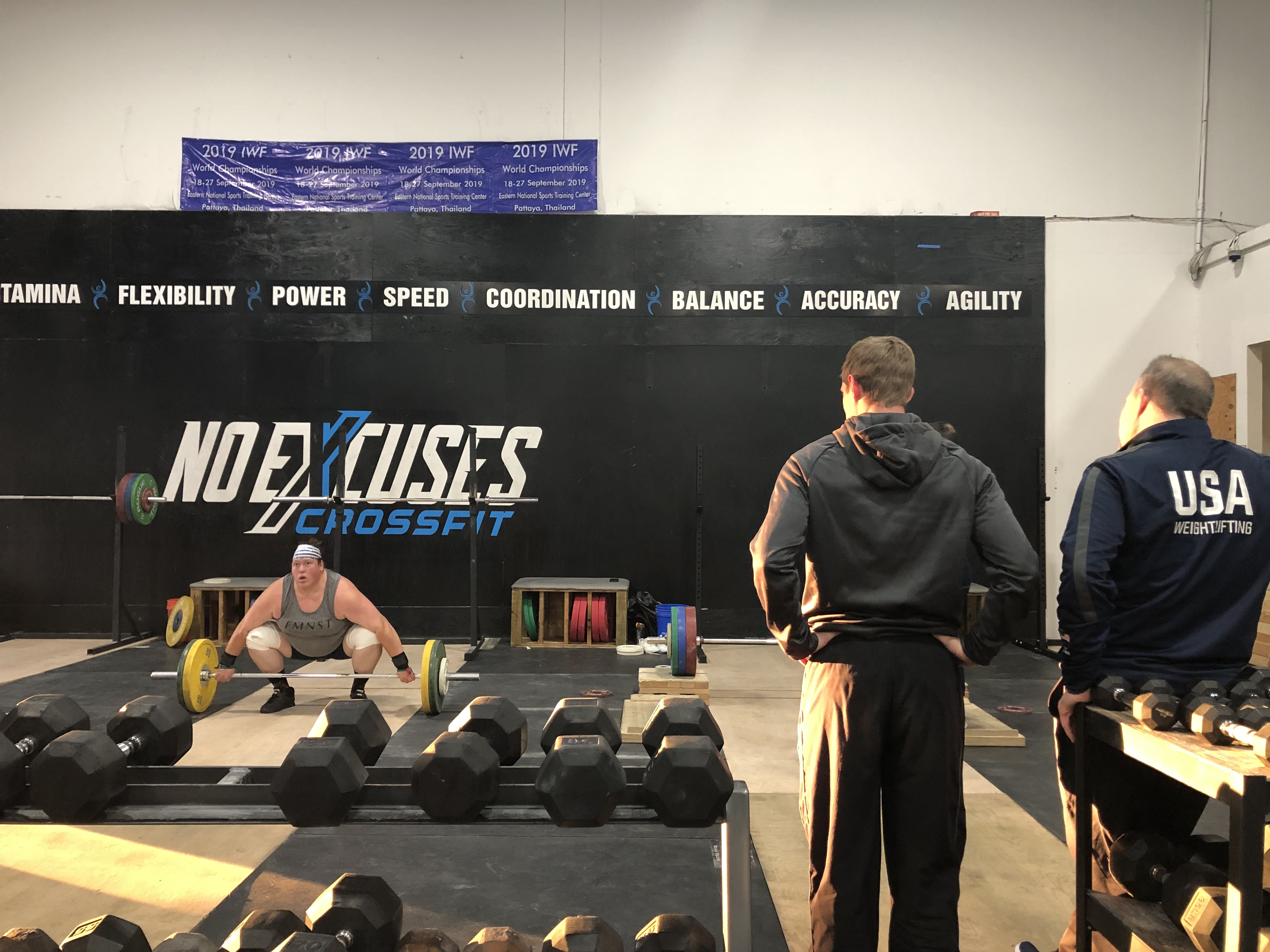 Day one of the USA Weightlifting Elite Athlete Training Camp kicked off at No Excuses CrossFit on Wednesday.

After flying into Atlanta at lunch time, and a short break at their hotel, the athletes got to work.

“They kind of shaked off the dust today,” said Mike Gattone, the Senior Director of Sports Performance and Coaching Education for USA Weightlifting. “We only had about an hour in the hotel today after lunch. Everybody kind of seemed to kind of focus on, at least the three athletes that I picked up today, they just squatted, shook off some dust and did some light lifts. They will probably ramp up as the week goes on. I would expect Friday and Saturday to see some heavy lifts.” 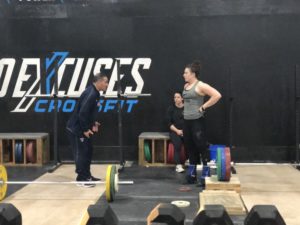 The camp, which runs through Saturday at No Excuses CrossFit, is the first of three planned camps this year before the 2020 Olympics in Tokyo.

“It’s an Olympic year, obviously, so we have three camps scheduled this year. What we try to do is pick landmarks through the year. So this January, it’s the beginning of the Olympic year and we have the World Cup coming up in Rome, so it’s kind of a kickoff 2020 camp,” Gattone said. “Everytime we can get people together because it’s such a solitary sport, people train all over the country, we don’t have a national training center, so it’s just another opportunity to get us together — Pyrros (Dimas) and I together — with the athletes.”

“Everyone knows each other so well, so it’s a time to get together and team build,” Gattone said.

“These guys tend to feed off each other. I’ve seen this now every time we have a camp. They get physed up,” Gattone said. “You have people that train in their garages or train alone and now they are around their teammates and the national coaches, and people push heavier weights.”

The camp resumes on Thursday and Friday from 3-5 pm and Saturday from 10 am to 12 pm.

“We appreciate No Excuses CrossFit a lot,” Gattone said. “We appreciate the opportunity to be here, it’s a great facility. We’re thankful.”