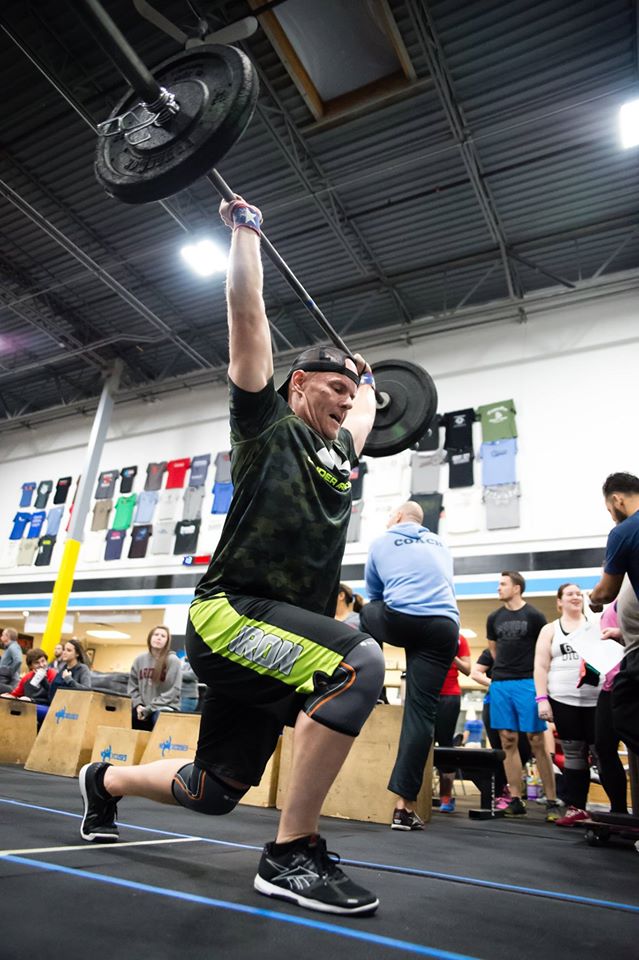 Ken Lundin made a splash in his Open debut. Not only as a an athlete, but as a spectator and judge as well. In addition to posting a solid score of more than five rounds, Ken was also seen during each heat of 16.1 yelling encouraging words and trying to motivate athletes. When he wasn’t competing or cheering people on, Ken was volunteering to judge people, including three on Sunday during the re-test.
“It was more about the community and being involved with that than anything else for me,” Ken said.

Ken’s attitude and motivation is really what CrossFit and the community is all about.

Congratulations Ken! We are very proud of you!